Africville: can’t stop now
Out of Struggle comes Strength
March 31, 6:30 pm at Digby Regional High School Theatre
Free Admission
Africville began where the pavement ended. Located on the northern shore of Bedford Basin, it was a home and a haven for the many African-Canadian families who lived there for generations. When, after years of neglect, the city of Halifax expropriated Africville in the 1960’s, residents were forced to leave their homes and businesses behind. Instead of finding the better life that the city had promised them, many found themselves living in public housing projects and their community torn apart. Today, former residents of Africville are fighting for reparations and an official apology.
Documentary filmmaker Juanita Peters presents a moving portrait of a community that has survived despite having lost its home. 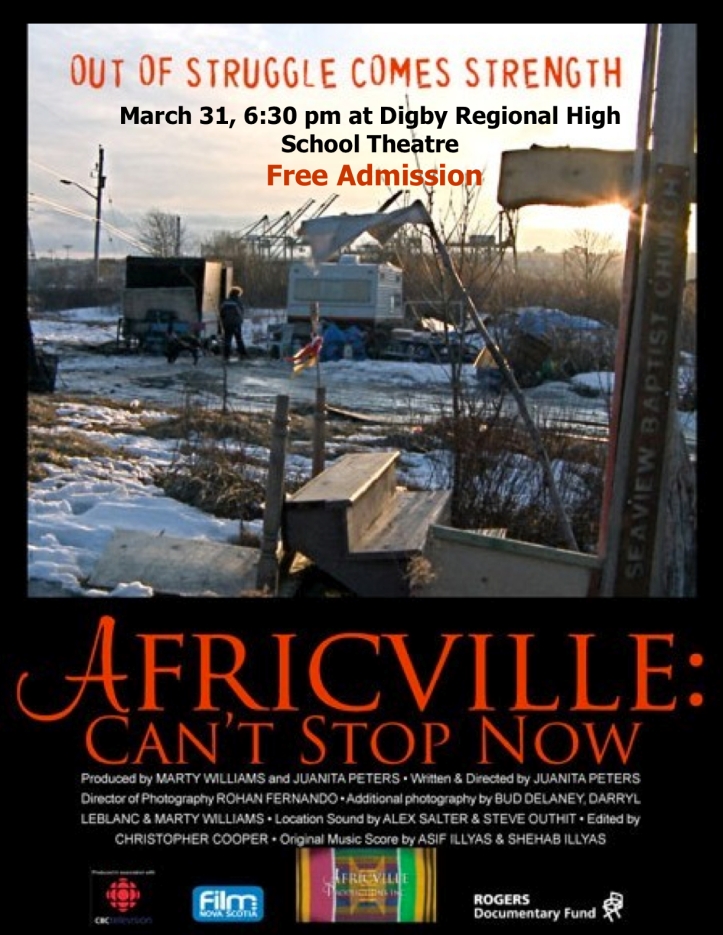