Join us Saturday night for a special Christmas reading from our own Tim Wilson. Besides our regular drinks and special teas, Indian food is on Saturday’s menu. 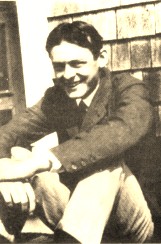 The Journey of the Magi by T.S. Eliot

A cold coming we had of it,
Just the worst time of the year
For a journey, and such a long journey:
The ways deep and the weather sharp,
The very dead of winter.’
And the camels galled, sorefooted, refractory,
Lying down in the melting snow.
There were times we regretted
The summer palaces on slopes, the terraces,
And the silken girls bringing sherbet.
Then the camel men cursing and grumbling
and running away, and wanting their liquor and women,
And the night-fires going out, and the lack of shelters,
And the cities hostile and the towns unfriendly
And the villages dirty and charging high prices:
A hard time we had of it.
At the end we preferred to travel all night,
Sleeping in snatches,
With the voices singing in our ears, saying
That this was all folly.

Then at dawn we came down to a temperate valley,
Wet, below the snow line, smelling of vegetation;
With a running stream and a water-mill beating the darkness,
And three trees on the low sky,
And an old white horse galloped away in the meadow.
Then we came to a tavern with vine-leaves over the lintel,
Six hands at an open door dicing for pieces of silver,
And feet kicking the empty wine-skins.
But there was no information, and so we continued
And arriving at evening, not a moment too soon
Finding the place; it was (you might say) satisfactory.

All this was a long time ago, I remember,
And I would do it again, but set down
This set down
This: were we led all that way for
Birth or Death? There was a Birth, certainly
We had evidence and no doubt. I had seen birth and death,
But had thought they were different; this Birth was
Hard and bitter agony for us, like Death, our death.
We returned to our places, these Kingdoms,
But no longer at ease here, in the old dispensation,
With an alien people clutching their gods.
I should be glad of another death.

From this high midtown hall, undecked with boughs, unfortified with mistletoe, we send forth our tinselled greetings as of old, to friends, to readers, to strangers of many conditions in many places. Merry Christmas to uncertified accountants, to tellers who have made a mistake in addition, to girls who have made a mistake in judgment, to grounded airline passengers, and to all those who can’t eat clams!

We greet with particular warmth people who wake and smell smoke. To captains of river boats on snowy mornings we send an answering toot at this holiday time. Merry Christmas to intellectuals and other despised minorities! Merry Christmas to the musicians of Muzak and men whose shoes don’t fit! Greetings of the season to unemployed actors and the blacklisted everywhere who suffer for sins uncommitted; a holly thorn in the thumb of compilers of lists!

Greetings to wives who can’t find their glasses and to poets who can’t find their rhymes! Merry Christmas to the unloved, the misunderstood, the overweight. Joy to the authors of books whose titles begin with the word “How” (as though they knew!). Greetings to people with a ringing in their ears; greetings to growers of gourds, to shearers of sheep, and to makers of change in the lonely underground booths! Merry Christmas to old men asleep in libraries! Merry Christmas to people who can’t stay in the same room with a cat! We greet, too, the boarders in boarding houses on 25 December, the duennas in Central Park in fair weather and foul, and young lovers who got nothing in the mail.

Merry Christmas to people who plant trees in city streets; merry Christmas to people who save prairie chickens from extinction! Greetings of a purely mechanical sort to machines that think–plus a sprig of artificial holly. Joyous Yule to Cadillac owners whose conduct is unworthy of their car! Merry Christmas to the defeated, the forgotten, the inept; joy to all dandiprats and bunglers! We send, most particularly and most hopefully, our greetings and our prayers to soldiers and guardsmen on land and sea and in the air–the young men doing the hardest things at the hardest time of life. To all such, Merry Christmas, blessings, and good luck!