Zac Crouse and Chris Pope are coming to The Rebekah Music Hall in Bear River on November 2 to present PADDLE TO THE OCEAN, a CD and DVD release. You don’t want to miss this one!

In 2011 Zac Crouse took him self on a journey of healing from Canada’s capital to the home of the Bluenose. In total he paddled 1050 kms on rivers, 250 kms on ocean and biked 216 kms while towing his kayaking. Epic enough to cover that distance without using any gas but he did not stop there…he filmed the entire way (including through 4 white-water world class destinations) and then collaborated with dear friend and fellow musician Kris Pope to create the soundtrack for his documentary. To say incredible is to understate. 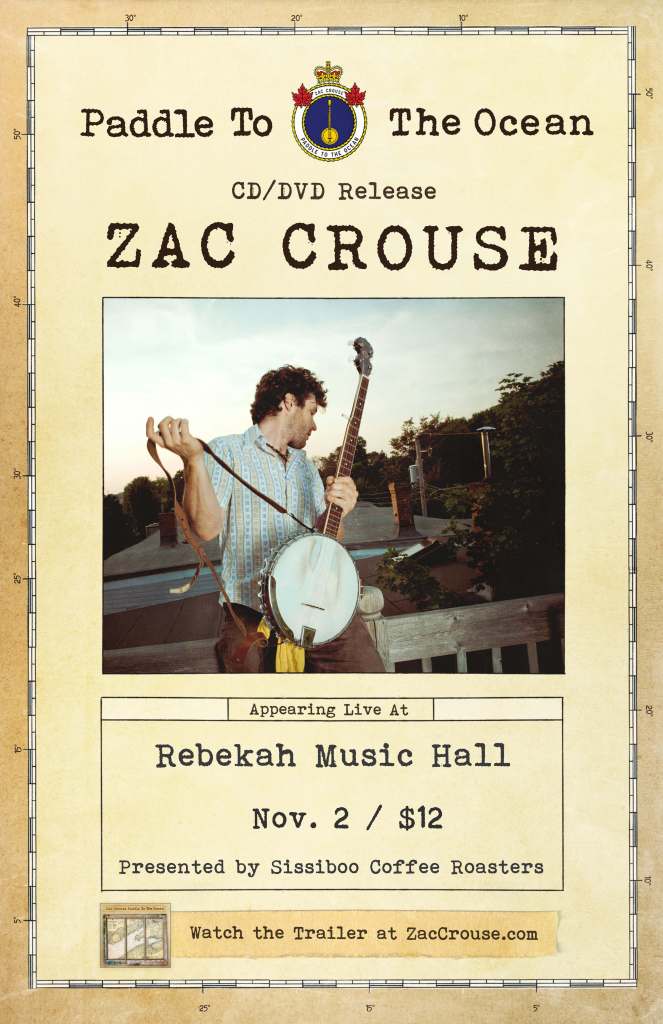